Clinton and Muscatine Community Colleges this year completed massive renovation projects in their library areas. For Clinton, it included the library and main exterior of the college building. In Muscatine’s case, it was the entire Loper Hall, home of their library. 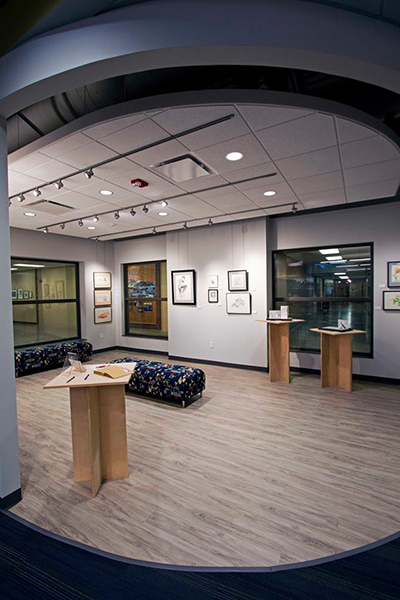 Alumni and others returning to the Clinton Community College campus and visiting the college library won’t recognize it as the one they once remembered. That’s because the college, literally, tore everything out of the old structure, stripped it to the bare walls, even tearing out a couple of walls, and started over again.

The result is a gleaming new, high tech facility focused on preparing students for the 21st century and beyond. Along with a new façade on the front of the college’s main building, total cost of the remodeling came in at roughly $2 million.

The new library is very much an “open concept” facility. The old loft above the library has been removed and replaced with student study and meeting rooms to the back. Also along the back wall, a fireplace with comfortable seating provides a warm and inviting area for study. 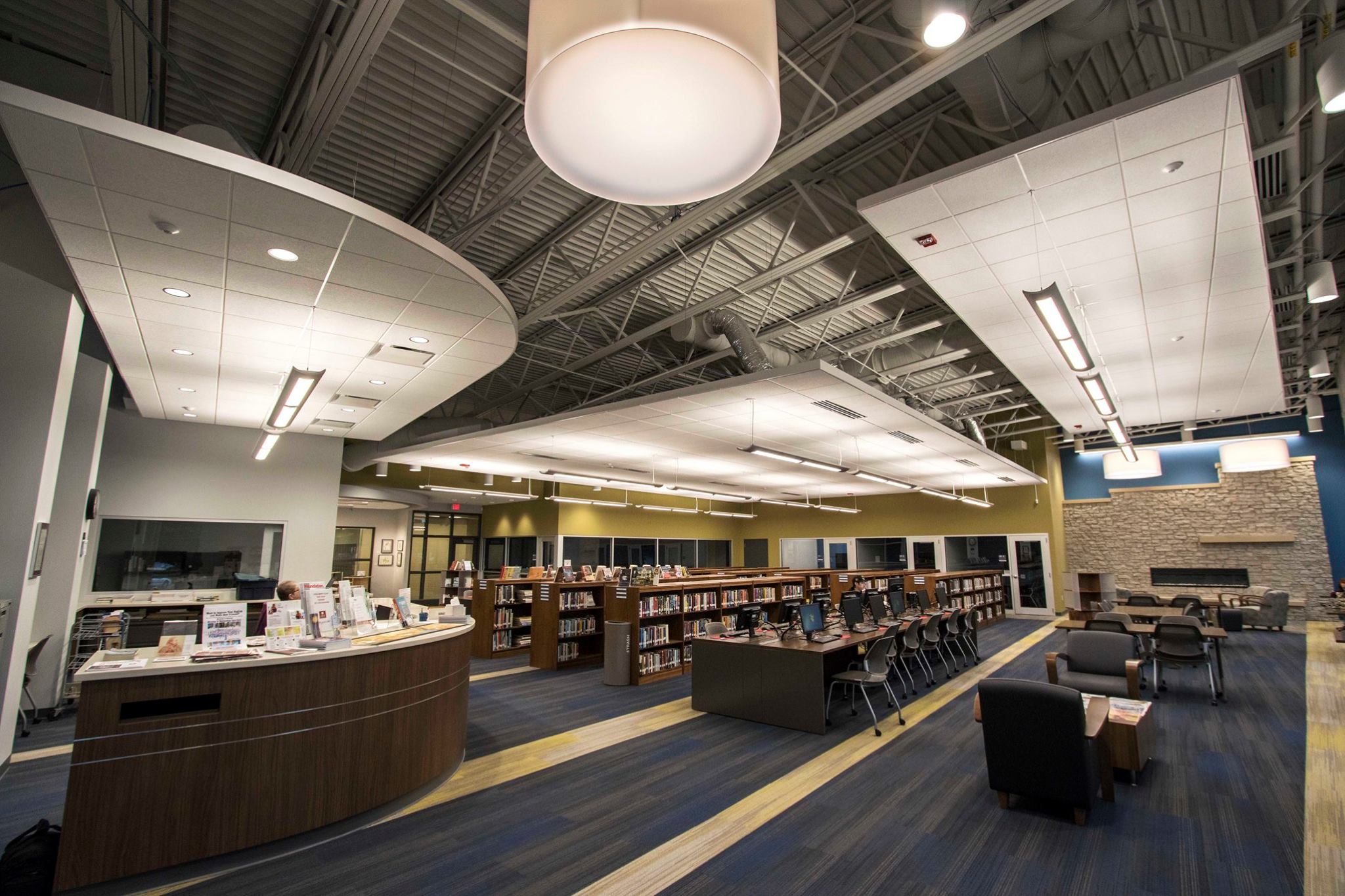 The libraries of today and tomorrow are much more computer-oriented and Clinton Community College’s is no exception with long lines of student computers readily available in the center. 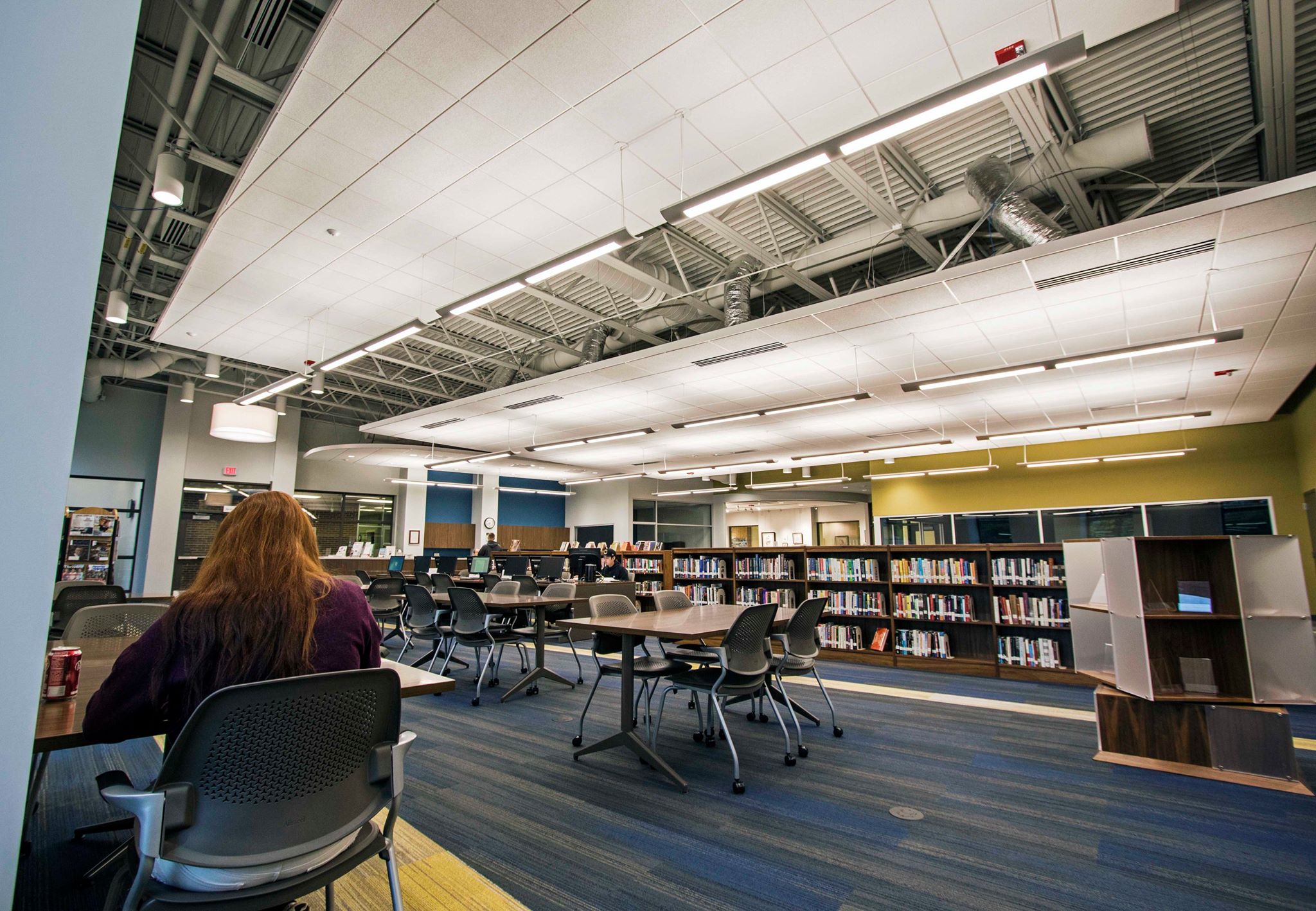 In addition to all that, the library also features a new art gallery with rotating art exhibits featured throughout the year.

See more photos of the new CCC Library on Facebook 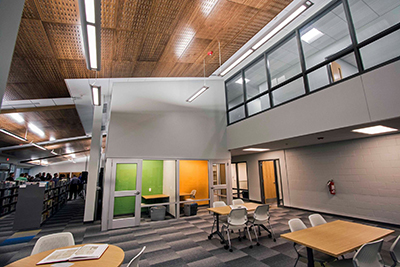 As with the Clinton Community College renovation, visitors walking into the new Muscatine Community College Loper Hall Learning Center won’t believe what they are seeing. This is not your library of old where you were “shushed” if you got too loud, and where food and drink were definitely not allowed.

Instead, there is a coffee shop located directly across from the main library desk, booths along the windows allow students to visit and study openly, and then there are all the high-tech features the facility has to offer. 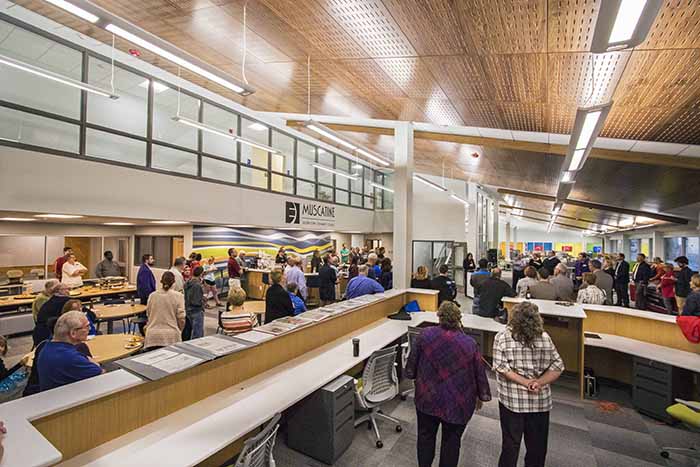 Those features start with those booths that provide outlets for laptop computers and other devices to be plugged in, computer study areas, three small rooms equipped with large flat panel television screens students meeting in groups can display their work on, and even a recording studio where students can practice speeches and create special audio-video class presentations. 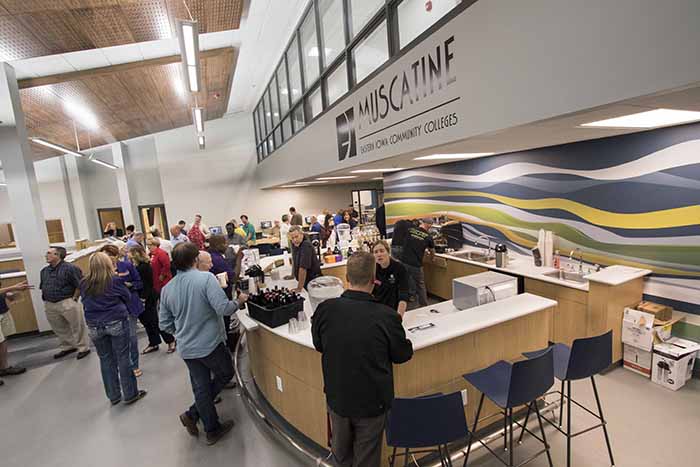 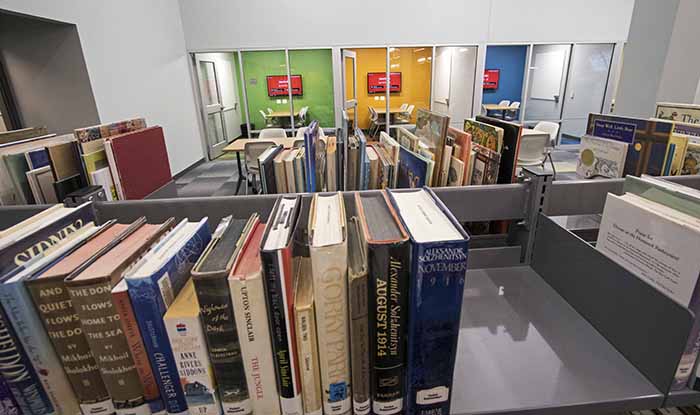 The remodeling didn’t end with the first floor. Considerable work was completed on the second floor as well where old offices were removed to provide a more open feeling, new faculty offices constructed and classroom space remodeled.

Read the Muscatine Journal story about the Grand Opening.