If you meet Karen Vickers you quickly learn how proud she is of Clinton Community College (CCC), its students, faculty and staff. She is always happy to share stories about them, their goals and their accomplishments. You leave knowing just how special of a place the college is. What she probably never mentioned though, is that she’s the college president.

Vickers retired in December after 35 years of service, 23 of those as president.

“Karen always said, ‘I’m just a worker, we all have jobs that are critically important to how the college runs and we all need to do what we can to make it run as best it can,’” said retired

Dean of the College Ron Serpliss, who worked alongside Vickers for 21 of her 23 years as president. “She rarely introduced herself as president, but would humbly say, ‘I serve the college and the students.’”

Many things changed in the more than two decades she led the college. People came and went, new additions, and even buildings, were added along the way. But the one thing that never changed was her commitment to people.

“She loved the staff and faculty and mentored us to say it is about the people,” he said. “What is good for them? What do they need? Finding ways to make things work. Going the extra mile when we were in need.”

Vickers joined Clinton Community College in 1984 as a career development counselor and was soon named Assistant Dean for Adult and Community Education. From there she moved on to become Dean of the College before being appointed President.

As President, she saw the college literally grow and expand, adding new chemistry and physics labs, and opening a new Maquoketa Center. Vickers also served as Vice Chancellor for Academic Leadership for Eastern Iowa Community Colleges (EICC). CCC is one of three colleges, including Muscatine and Scott Community Colleges, that are a part of EICC.

In that position she guided instructional planning, offerings and new program development for all of EICC’s colleges and centers.

“Karen has positively touched the lives of a countless number of students during her time at Clinton Community College,” said EICC Chancellor Don Doucette. “She has been a driving force not only for the college and EICC, but the entire Clinton community. On behalf of all of the students who have passed through the college’s doors, as well as the many faculty and staff with whom she has worked, I want to express my tremendous gratitude for all she has accomplished.”

As Vickers closed the door to her office one last time, she was asked to reflect on her storied career. Her words sum up better than anyone could, what she represented for the college.

“I began with CCC and EICC over 30 years ago and did not think at the time that this would become my home and my career,” she said. “It has been such a privilege to serve the college and its students, faculty and staff, and constituents. I feel blessed to have served with such amazing colleagues and am proud of the work we do with our students.”

There is little doubt the pride President Vickers has for the college and its people will continue even though she has now retired her duties. There is just as little doubt anyone meeting her today, tomorrow or anytime in the future will learn from her what a special place CCC is, and never hear her say she was once the President. 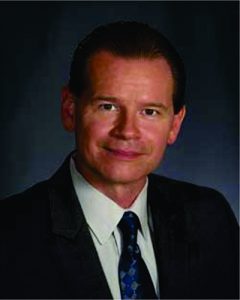 Kelly’s roots are in the Midwest. He graduated from Kishwaukee Community College, just 80 miles west of Clinton in Illinois. He earned his Bachelor’s Degree from Southern Illinois University in Carbondale, his Master’s from Marylhurst University in Oregon and is a Doctoral candidate at Creighton University in Omaha.

“I am very excited to be joining the team at Clinton Community College,” Kelly said. “It was a pleasure to have the opportunity to meet so many great people during my recent visit. I look forward to working collaboratively with the faculty, staff, students and the community to move the institution forward and focus on the success of our students.”

Kelly earlier served as Vice President for College Services at Lane. Prior to that, he was Lane’s Division Dean of Conference and Culinary Services. In the community, he served on Oregon Governor Kate Brown’s Campus Safety Work Group, the technical advisory committee for the City of Eugene’s Sustainable Business Initiative and was active in the Lane County Food Distribution plan.