Or at least it ‘was’ a party! And a great one at that as nearly 200 people turned out for the America’s Test Kitchen 20th Anniversary celebration at Scott Community College’s (SCC) Culinary Arts Center. 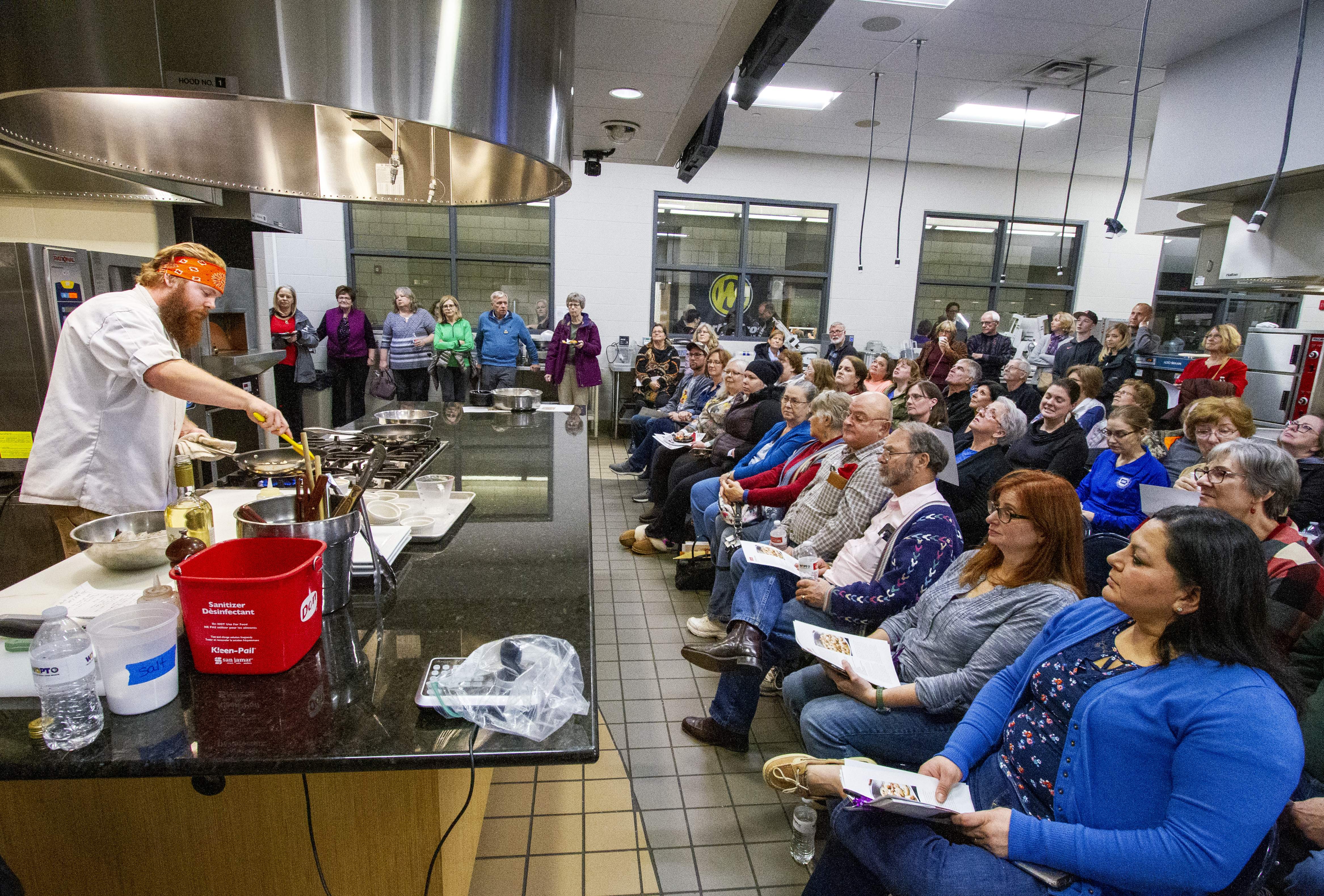 Guests to the free event had the pleasure of sampling a wide variety of foods, sitting in on demonstrations and getting the chance to win a host of prizes provided by local PBS station WQPT.

The event was the brainchild of WQPT Director of Education and Outreach, Michael Carton. Carton lives near the college and knew the Culinary Arts Center would be the perfect location for WQPT’s celebration of the America’s Test Kitchen anniversary.

“We were excited to celebrate the 20th Anniversary with the Culinary Arts Program at SCC,” said WQPT Director of Education and Outreach, Michael Carton. “America’s Test Kitchen is all about inspiring confidence, community and creativity in the kitchen, and this event was sure to do the same.”

For the uninitiated, each America’s Test Kitchen episode shares two kitchen-tested recipes while educating the audience by explaining equipment, ingredients and common problems that can occur when preparing the recipes or ordering them at a restaurant.

That’s exactly what the college replicated at the big anniversary party. In addition to the food samplings, the evening featured ongoing demonstrations of knives, and knife-cutting skills, an overview of the different varieties of cheese and their uses in cooking, along with representatives from Coastal Seafood company answering just about any seafood-related question the attendees could dream up. Highlighting the night were a pair of live cooking demonstrations by college instructors featuring shrimp scampi, the dish selected by the show’s fans nationally as the favorite recipe of all time.

“It couldn’t have been a better evening,” said Diane Stanley, Department Coordinator for SCC’s Culinary and Hospitality Programs.

“Our culinary students were on hand to help with the demonstrations, we had a tremendous turnout and everything went perfectly.”

“We really want to thank Michael and everyone at WQPT for reaching out to us and helping us to make it such a success,” she said. “Working alongside the local public television station like this really shows what it means when the college says it’s the community’s college.”

The event is part of a concerted plan by the Culinary Arts Center to open the building up and invite more of the public in to see just what a tremendous facility it is. That plan includes, for the first time, offering a number of unique cooking classes area residents can enroll in through the college’s Continuing Education department and held in the center’s labs. Upcoming classes include such titles as Catalan Beef Stew, Ragu alla Bolognese, Perfect Pizza at Home and Get Happy, Get Healthy that covers essential tips for diabetic-friendly foods.