This fall the state of Iowa did something big. So big, in fact, it has affected more than 360 Eastern Iowa Community Colleges’ (EICC) students and led to the distribution of more than half a million dollars in funding!

That’s a lot of moolah going straight toward students’ tuition.

The large sum is all thanks to Iowa’s new Last Dollar Program, which covers the cost of tuition for students earning a Certificate, Diploma or Associate’s Degree in one of Iowa’s high-demand fields. EICC offers more than 25 of the qualifying programs and for hundreds of students, receiving this scholarship has made all the difference.

Alix Crawford, “I have a very high chance of being offered a position.” 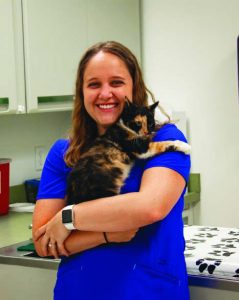 So, she headed off to college and studied wildlife ecology with the hopes of working in a zoo. After graduation, she was able to secure part-time work as a zookeeper, but full-time jobs were few and far between.

“I loved what I was doing, but just the availability of jobs was difficult,” she said. “A lot of things are part-time and they want you to volunteer or do an internship for free before they even offer you a full-time position. With all the other things I had to pay for to live I couldn’t afford to do all of that.”

Unable to secure a full-time job in her field, Crawford began looking into other career paths. That’s when she decided to pursue her Associate’s Degree in MCC’s Veterinary Technology program, an in-demand field where she could continue to work with animals. She said receiving the Last Dollar funding has been a tremendous weight off her shoulders.

“It helps me focus on my studies and not worry like I did the last time I was in school. My goal has been to get through the program without loans, and this is helping me do that.”

She’s even already started her career with a part-time job at a local veterinary office and an upcoming vet tech internship with Omaha’s Henry Doorly Zoo and Aquarium.

“Now, with this internship and the fact I’m already working at a clinic, I have a very high chance of being offered a position,” she said.

Tamara Cooper, “Every dollar I receive through others is an unexpected blessing.” 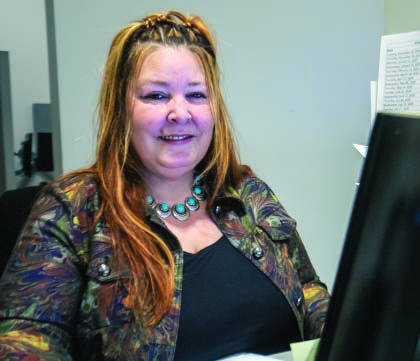 Tamara Cooper, a business management student at Scott Community College, enrolled in classes after her job search was leading her nowhere.

“I was a hairdresser by trade, but when my husband was injured I took on full-time caregiving for him and I was caregiving for my parents,” she said.

“I was putting out applications, but because I am older I was having a hard time getting jobs. I am willing to learn anything, and I got tired of being turned down.”

Determined to build her resume, Cooper put her energy and focus into her classwork. She was excited to start something new, but the cost of college weighed heavily on her mind. A key to her success and ability to pursue her education has been scholarships. That’s why when she received $250 through the Last Dollar Program this fall she was incredibly grateful.

“That took care of everything, the last bit. I was extremely happy I received it and others have received it. It’s easier to believe in something when you see it,” Cooper said.

Grant Forsythe, “It was a relief.” 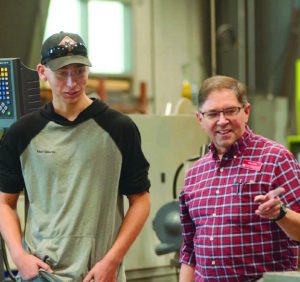 When Grant Forsythe started taking concurrent classes with EICC in high school, he had no idea it would lead to a future career.

After he took a few CNC machine classes at the college’s Blong Technology Center, the recent high school graduate was eager to learn more.

“I just really liked it,” he said. “I thought I would see what other platforms they use it on.”

He never looked back. Forsythe is now well on his way to his Associate in Applied Science Degree and has even secured a part-time job making gaskets for a local company. He’s positioned to move into a full-time position once he completes his degree and will do so without incurring any student loan debt.

“It’s a great opportunity,” he said. “Hopefully it encourages more people to look into these programs.”

In fact, he’s considering earning a degree in welding as well, so he will be even more marketable to future employers. Welding is one of the 25+ qualifying Last Dollar programs EICC offers.

Megan Venhorst, “I won’t have such a big amount of student loans looming over my head.” 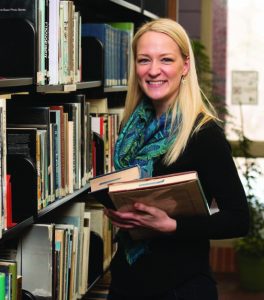 Megan VenHorst has always had a caring heart. So, when she lost her job as a recreational therapist when the local healthcare company she was working for decided to make cuts, she knew she wanted to enroll in Scott Community College’s nursing program.

“I have always been in a healthcare setting,” she said. “After I lost my job due to difficulties within the field of recreational therapy, I knew nursing was what I wanted to continue to grow and develop.”

However, the idea of going back to school and incurring more student loans was a little scary. Receiving the Last Dollar funding alleviated those fears.

“It’s huge,” she said. “It’s helpful knowing in the future I won’t have such a big amount of student loans looming over my head.”

Now she can focus on her studies and work toward not only achieving her own personal goals, but also filling a void in a field where caring, compassionate and skilled workers are really needed.