Summer vacations are those precious weeks during the year where you can kick back, relax and…test soil samples for new antibiotics, hone your acting skills with Broadway stars, or dig into the nuances of the latest mechanical trainer…

Not the “vacation” you were picturing?

Maybe a sandy beach and a few fruity beverages is what you had in mind, but for the faculty at Eastern Iowa Community Colleges this type of R & R is exactly what they look forward to during time off.

This summer faculty attended conferences and trainings across the country, from the Big Apple to America’s Dairyland to the Hoosier State and beyond. A few shared highlights of their experiences and what new ideas they’re bringing back to the classroom. 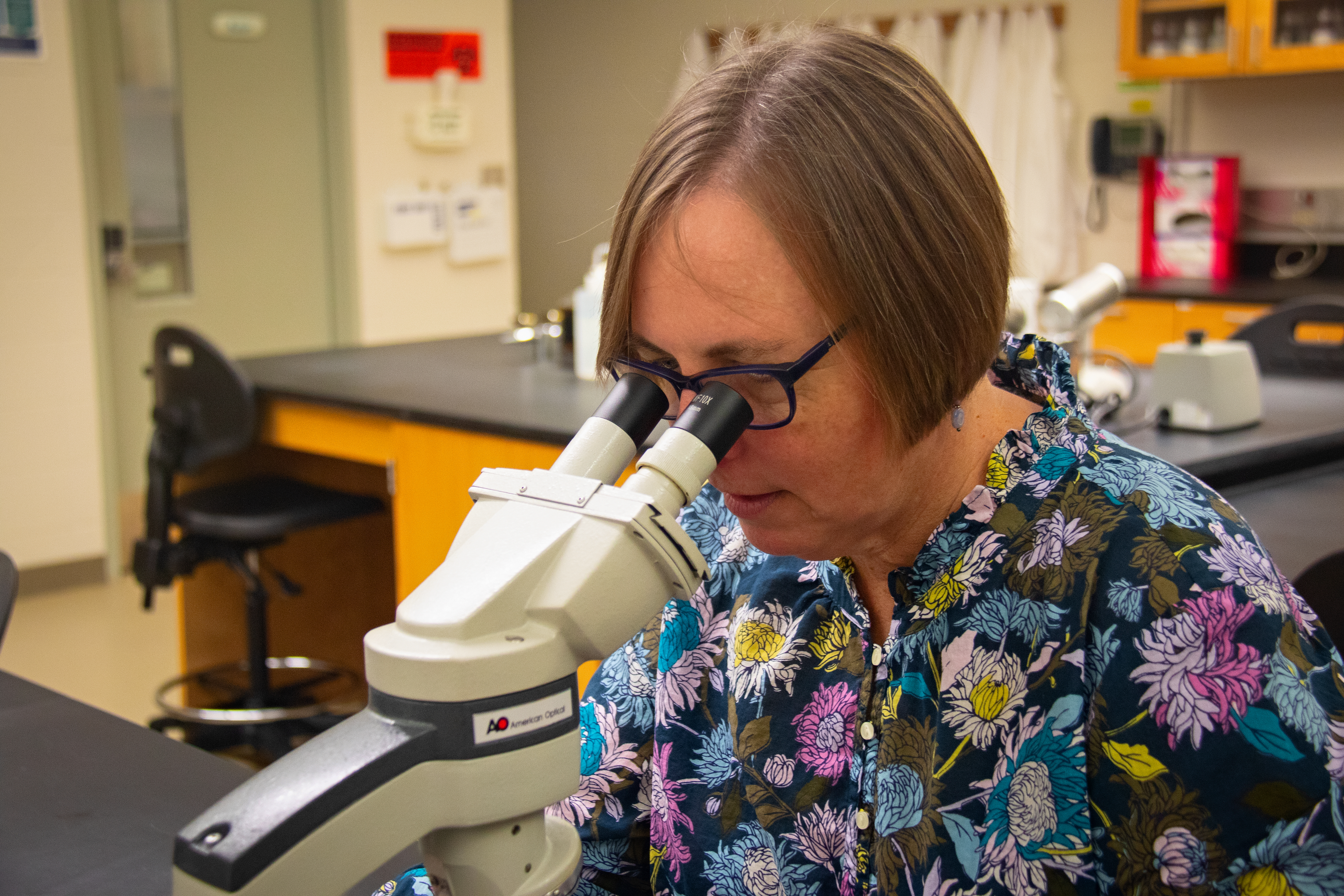 When asked about her adventures over break, Ghrist excitedly shared details of the Tiny Earth Project Conference she attended in Madison, Wisconsin. The Tiny Earth Project is a network of instructors and students focused on student sourcing antibiotic discovery from soil samples and is an initiative Ghrist has been involved with for several years.

“Bacteria have been around for 3.5 billion years and have been fighting over limited resources within their soil environment for all of those eons, so one of the ways they’ve learned to get rid of their competitors is by making antibiotics that kill their neighbors,” Ghrist said.

“However, by 2050 more people will die from antibiotic resistant infections than cancer and diabetes combined.”

One of the most famous antibiotics, penicillin, was discovered in soil. But once drug companies realized antibiotic discovery wasn’t profitable, research waned. With the rise of antibiotic resistant bacteria, Ghrist said there has been a renewed effort to discover new antibiotics. That’s where the Tiny Earth Project comes in.

“There are probably lots of antibiotics out there,” she said. “We just haven’t found them yet. What this does is get a bunch of students out there grabbing soil to see what we can find.”

Ghrist said the organization was recently relocated and underwent an expansion/rebranding and the conference highlighted exciting changes to the curriculum that will make it even easier for student discoveries to enter the drug development pipeline.

“Tiny Earth has agreed to start taking promising bacteria from students all over the place and do more sophisticated testing to decide if this is a drug worth developing.”

“It’s really a cool thing for students!” she said.

Visit eicc.edu/tinyearth to learn more about this exciting initiative

“It’s just an opportunity to immerse yourself and try something new or something that’s going to really help you out in the classroom,” said Clinton Community College Engineering Technology Instructor Dave Wallace, describing his recent trip to educational equipment company Amatrol’s headquarters. 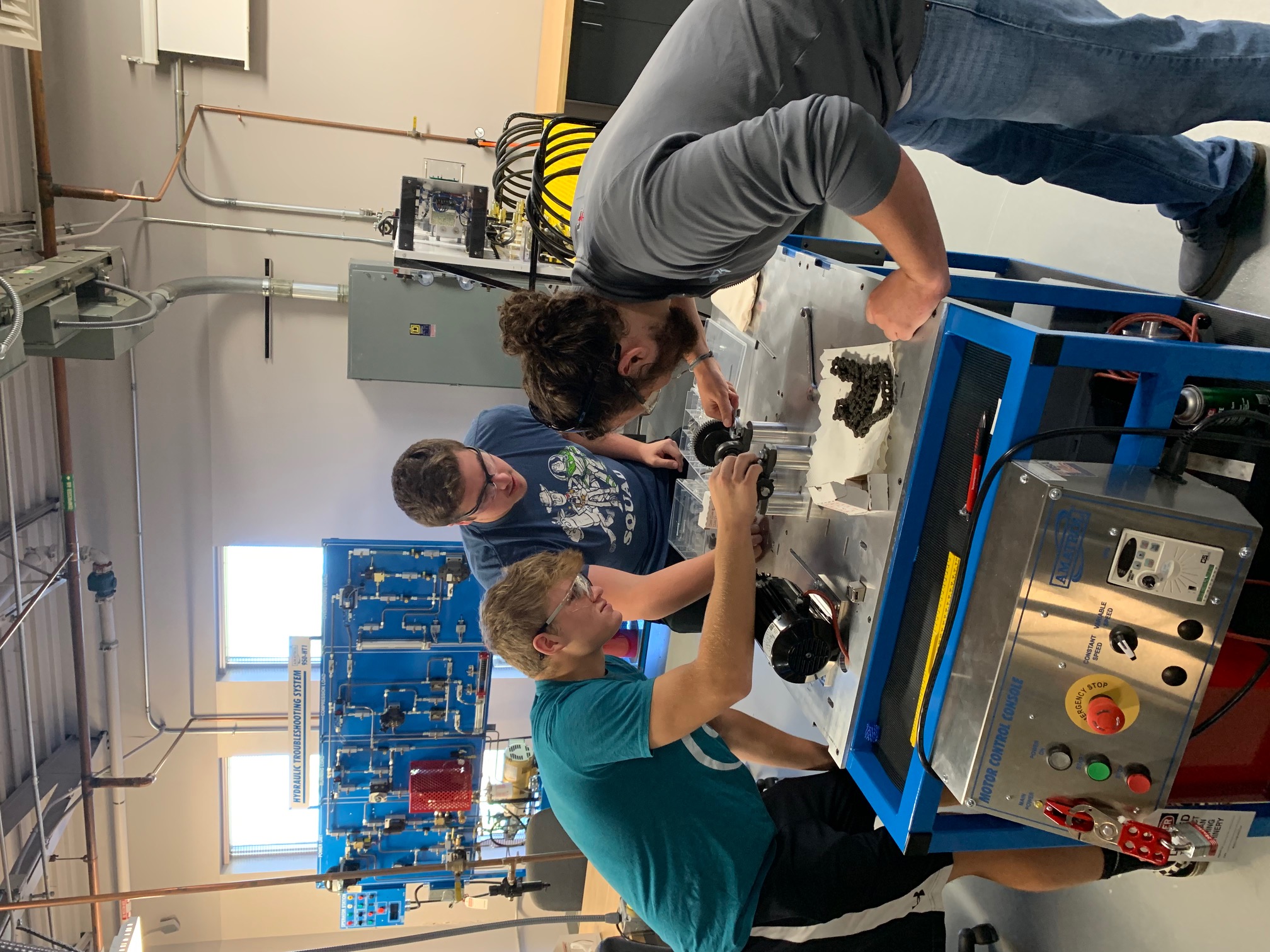 The week long training in Jeffersonville, Indiana included a deep dive into the college’s brand new Amatrol mechanical trainer. The equipment was recently purchased thanks to a grant from the Timken Foundation, a charitable and educational fund.

“It has gears, chain drives and belt drives,” Wallace said. “We had one over 20 years old and it was showing its age a bit.”

Wallace said while the basic mechanics of the new trainer are the same, the teaching material is all new and getting first-hand experience is important for instructors.

“The trainers they hire to train the teachers are generally teachers themselves who have been using the equipment in their classroom. They really understand the whole teaching process which is very helpful. It’s very good, desirable training.”

For Muscatine Community College Theater Instructor Alyssa Oltmanns, there’s nothing better than Broadway. From the costumes to the choreography, the thrill of “The Great White Way” just can’t be beat. 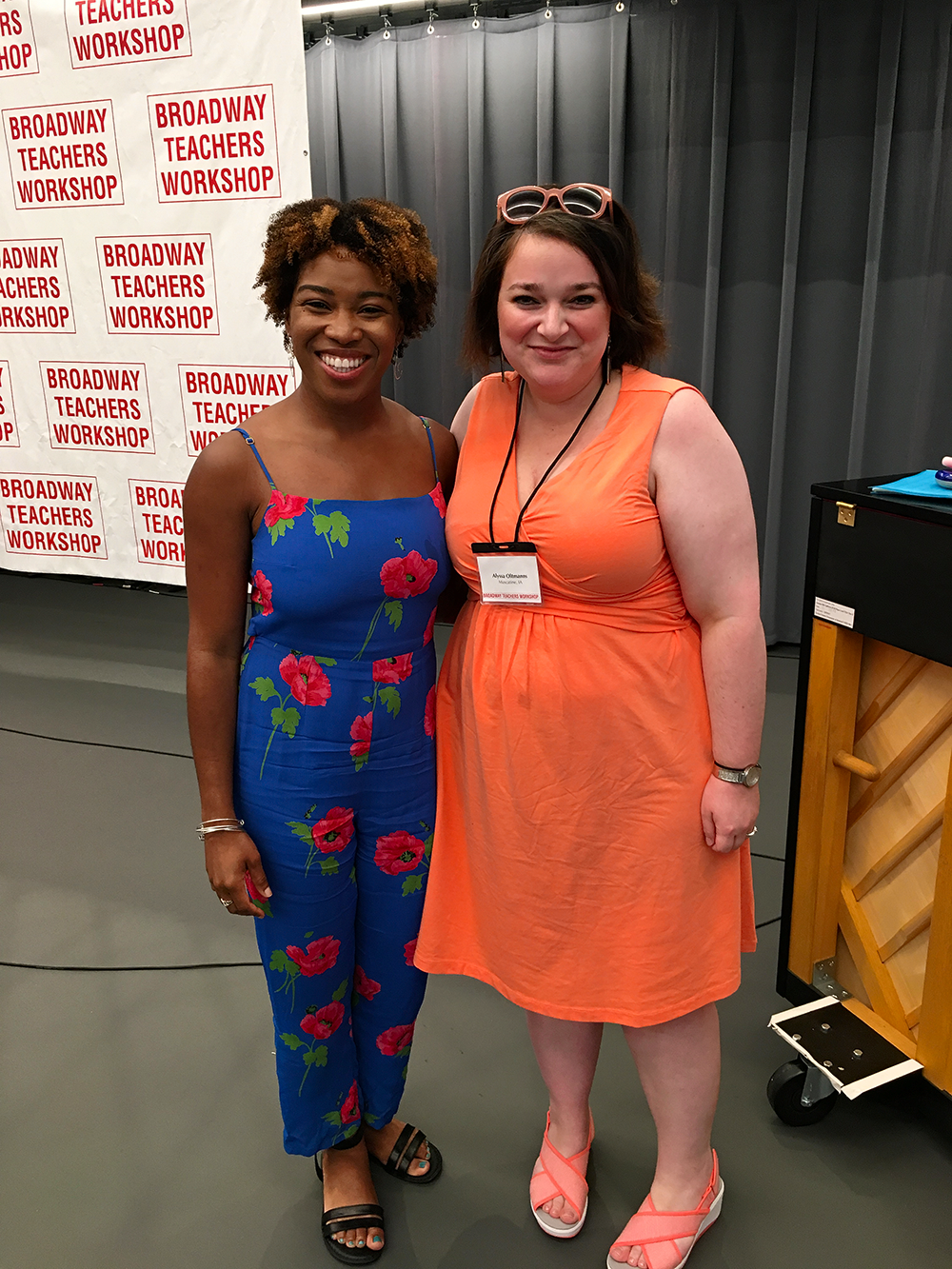 Well, maybe there is one thing that can top it: learning from the very stars who bring theatre’s most memorable shows and characters to life! This is exactly what Oltmanns experienced during her summer trip to the Broadway Teacher’s Workshop in New York City.

The three day workshop included these spectacular shows paired with cast and crew Q and A’s, and daily workshops led by Broadway pros. Oltmanns learned about everything from body movement to coaching student actors to the unique paths to Broadway.

“One of my favorite sessions was a meet and greet with Tony award winner Santino Fontana who plays the lead role in ‘Tootsie,’” Oltmanns said. “He talked so much about his background, including how growing up in the arts and the mentorship from his teachers helped get him to where he is today. He broke down in tears talking about his teachers and it was so phenomenal to see that.”

Oltmanns said the experience left her feeling more excited than ever to apply what she learned in the classroom and inspire her students to reach for the stars.

“I recorded clips of various Q and A sessions and workshops, and I have a whole notebook of notes,” she said. “I’m excited to have these interactive experiences and share these media clips. It takes everything to the next level. I think it makes everything that much more grounded and real for the students.”

Check out the MCC Theatre Department’s very own season line up at eicc.edu/MCCtheatre