Joel Youngs is a man always on the go. As the Regional Director of the Eastern Iowa Small Business Development Center (SBDC), SBDC’s National Conference and Education Chair, and a Venture School Instructor, he spends the majority of his time counseling small business owners. Roughly 350 a year to be exact.

In fact, he was recently spotted finishing up a meeting on the sidewalk after a fire drill sent everyone outside. Now that’s commitment!

He said it’s his passion for helping others that keeps him going and makes the job exciting.

“I work a lot of hours, but for me the impact I’m getting out of helping people improve their lives means it’s an easy job. I get so energized and recharged by it.”

All across the country there are SBDC Centers, often hosted by community colleges or universities. The centers are funded in part by the federal government in partnership with the U.S. Small Business Administration. They offer free business consulting to small business owners and provide training to both new and existing businesses and other local organizations. 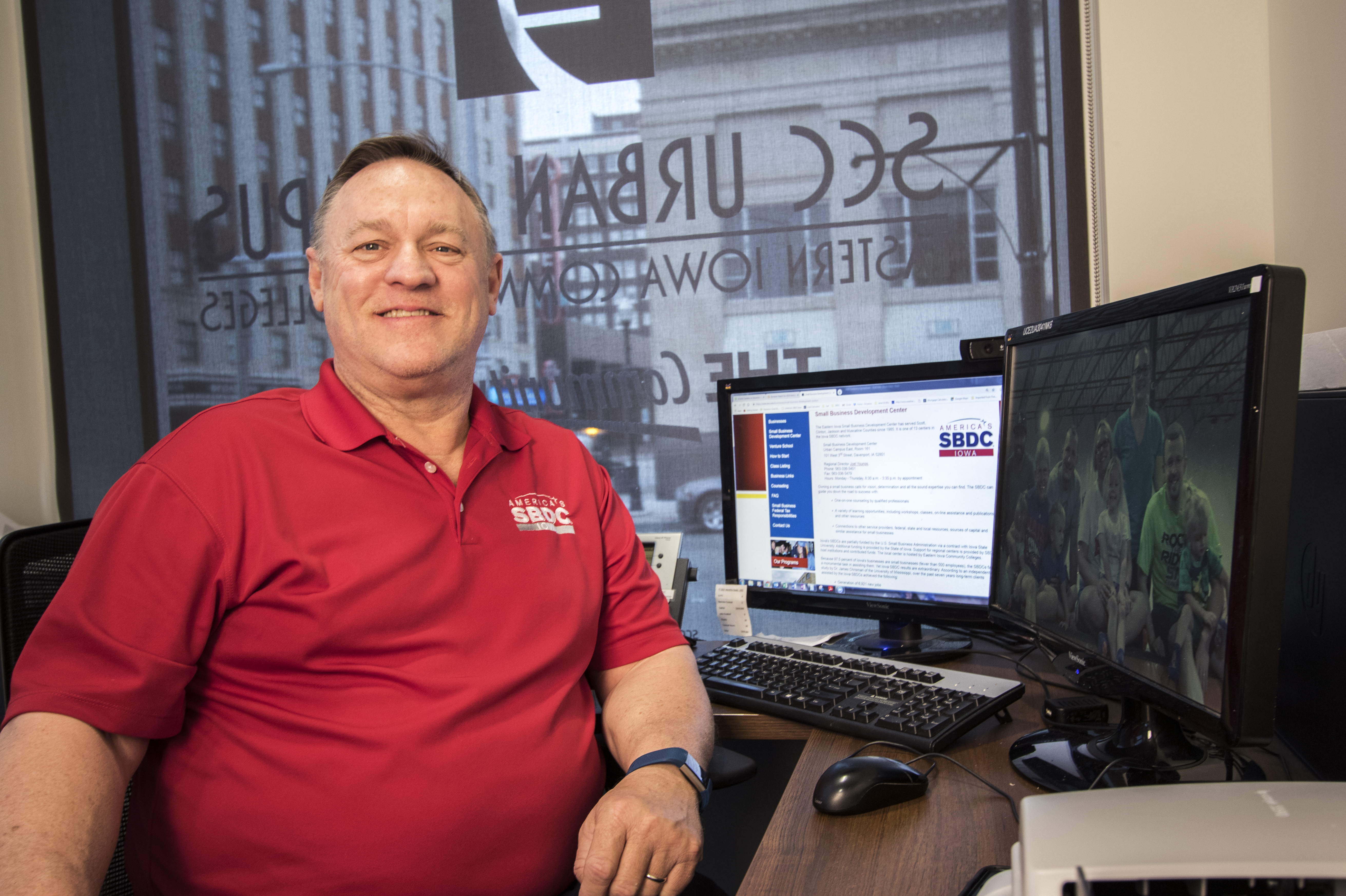 One client example is Charlie*, a business owner who was looking to sell, but wanted to ensure his 23 employees would not lose their jobs. Youngs met with both Charlie and the prospective buyer to help ensure a smooth transition.

“I educated them both on all the steps needed to buy the business,” Youngs said.

His expertise has had a big impact in other, subtler ways too. Like when he helped Sheila*, a single mother of two small children, start a side business selling enchiladas and tamales.

“Sheila was making 12 bucks an hour and she came in and said ‘I make great enchiladas and tamales; how can I make this a business?’”

“My first meeting with her she went through four boxes of tissues,” Youngs said. “Her original idea was to open up a restaurant.”

But, as Youngs pointed out, starting a restaurant is costly and there is a lot of risk involved. So, he gave her another idea instead.

“I told her to take the enchiladas and tamales to church and hand them out for free and ask people how much they would pay for them,” he said. “Then, do it again and start taking orders. At no cost she’s selling tamales and enchiladas.”

Sheila started with orders from church just as Youngs suggested and eventually got a booth at a farmer’s market, increasing her yearly earnings by $5,000.

For Youngs, seeing success stories like that is what it’s all about. He encourages anyone with a dream of starting a business to take advantage of the free services SBDC offers.

“Come and talk to us,” he said. “We all get caught up in our own head sometimes and just talking to someone else can you help you get farther faster and better.”

Are you a future business owner?

At Eastern Iowa Community Colleges, we not only partner with the SBDC to provide free counseling to budding entrepreneurs and small business owners, but we also offer the best business education and training through a wide variety of programs!

From Associate’s Degrees in Business Management and Business Administration, to certificates in entrepreneurship, marketing and more, we’ve got you covered.

Learn more about our offerings and the SBDC at eicc.edu/biz

*Due to the use of federal, state, and local tax dollars to fund their services, the SBDC counseling services are confidential and as such the names and locations have been changed to honor that confidentiality.