By day, Clinton Community College (CCC) Instructor Ryan Welch teaches students the ins and outs of biology, plant biology and environmental science. By night, he takes that knowledge and applies it to his favorite pastime: craft brewing.

The two, he said, really go hand in hand and can often provide inspiration for teaching.

“It relates pretty well because most of the beer is plant-based. I can discuss how plants store their energy and start to explain how yeast breaks down and goes into cellular respiration. Plus, due to climate change, there may be a shortage of barley and a shortage of barley will lead to a beer shortage. It all ties into biology courses.”

Welch got his start brewing beer 13 years ago after he bought his father a home brewing kit for his birthday. He began helping his dad out and from there his passion grew. He now has enough equipment to brew three different batches at one time. Start to finish can take anywhere from three to six weeks and yield around five gallons of beer.

“Of course I don’t drink it all by myself,” he laughed. “I hand it out to others and like receiving their feedback. It’s fun when they’ve really enjoyed it. It gives me the chance to be creative with things that most people wouldn’t think of in terms of creativity.”

Some of his ingredients have included jalapenos, maple syrup, local honey and rhubarb.

“I make little lists about what really worked out and then I often repeat it and give it to others, or write down ‘we may not try THAT again,’” he chuckled.

He has also taken an interest in sourcing ingredients right from his garden.

“I have quite enjoyed growing my own ingredients and infusing those into a batch. I did grow pumpkins this fall and used those in a batch of pumpkin ale. In the past, I have also grown my own hops and used that in beer.”

He said while the thought of brewing your own beer may seem complicated, it’s actually quite easy to get started.

“You don’t need a whole lot of space. A couple of buckets and a kettle is about all you need. A lot of big breweries started with just a bucket and a dream.” 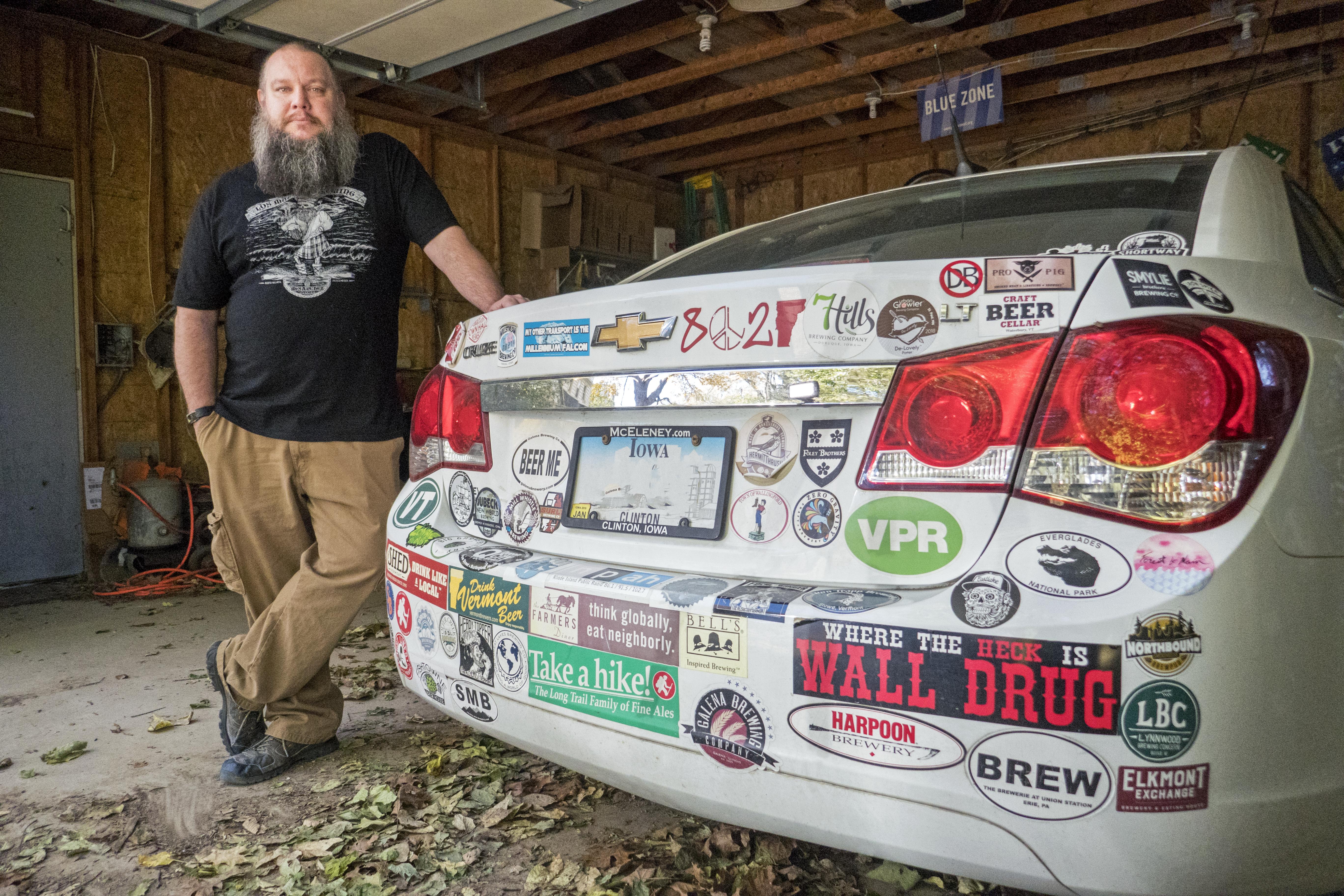 For those dreamers out there, he will be sharing what he’s learned at the upcoming “Horticulture of the Heartland Conference” in March. The conference is held annually at Clinton Community College. If there is enough interest, he’d also like to explore teaching classes in home brewing through Eastern Iowa Community Colleges’ Continuing Education department.

“At the conference I’ll be doing a session called ‘growing your own beer, using homegrown ingredients for home brewing.’ What I really like is the fact that I can sit back and enjoy it. I appreciate I can make something of quality that I and others will enjoy.”

“Horticulture in the Heartland” is held the first Saturday in March every year at CCC.