A focus on community is prevalent in everything Eastern Iowa Community Colleges (EICC) does. Recently it has been on display more than ever, with Clinton Community College (CCC) offering new classes focused on Chinese language, culture and even cooking.

“This what we do,” said Tim Cottle, EICC’s Senior Manager of Curriculum/Talent Development for Continuing Education.

“Community is our middle name.”

There’s a real excitement,” said Cottle. “I didn’t even recognize it at first, but then stopped at Hy-Vee for coffee and there was a sign that said ‘Welcome to Clinton’ in English and Chinese. So, it’s a community welcoming of the students and families to Clinton, which is really neat in this time that we live in.”

Cottle said when EICC first learned of the partnership and the anticipated arrival of students, district leaders knew they wanted to be involved and provide educational opportunities for the community to learn more about Chinese language and culture, free of charge.

“Our first class was ‘East West Shared Experiences.’ We had a meeting to discuss what cultures share, what are the nuances, and one of those is their histories from the humanity side, one of those is languages and food, and of course celebrations of holidays.” 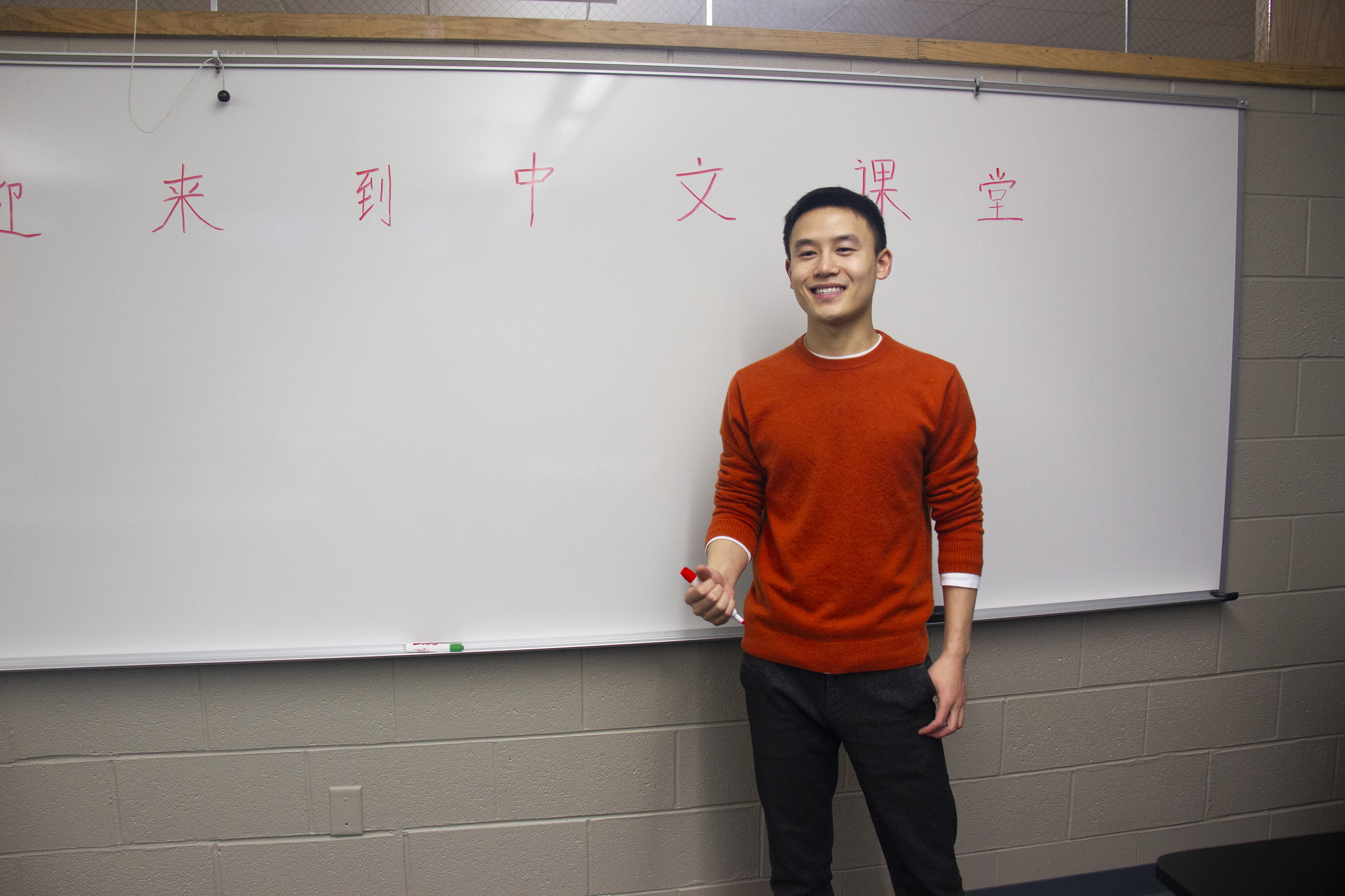 The workshop style classes were divided into two different sections and were offered multiple times throughout the day, resulting in great overall attendance. Then, a Mandarin cooking class and “This is Mandarin,” an introductory language course, were added to the lineup. And this month, the Pangea Academy along with CCC and Clinton High School hosted a Chinese New Year celebration, complete with food and plenty of fellowship.

“This has helped me understand some of what we need to do,” said Cottle. “By having a series of classes that expand upon a certain theme within the community, we can fill a need in the community and create more classes based around interest.”

He said if there is enough interest, six or eight-week courses will be offered and more cooking classes are also in the works.

CCC also offered a Taiji (Tai-Chi) class and an Overview of Eastern Medicine and Health session with Dr. Dou in March.

3 thoughts on “Community is our middle name”