How to expand a company in four simple steps:

At first glance, this looks like a pretty standard plan. However, upon closer examination there is one very important step missing, possibly the most important of all. Training the employees. After all, ensuring workers know what to do may be helpful. But how do company leaders do that before they even have walls up?

This was a dilemma Sterilite, the largest plastic houseware company in North America, recently faced after breaking ground on a new manufacturing facility in Davenport two years ago. With plans to hire 500 workers over the next five years, figuring out how to train them became a top priority.

“He was the only employee and tasked with starting this massive operation from scratch. He had to hire HR staff, a maintenance manager and all of the support staff. It was just him.”

That is where Eastern Iowa Community Colleges stepped in with information about the Iowa New Jobs Training Program, a grant program that provides businesses funding to train employees. It is a state sponsored program administered by Iowa community colleges.

“Sterilite came to see if this is where they wanted to build and the Quad Cities Chamber of Commerce reached out to me and asked ‘can you join us for a meeting and talk about the Iowa New Jobs Training Program?’” Brattvet said.

It was the start of what Brattvet describes as a very “unique” and “cool” relationship.

“Not to overstate it, but we were a major support system and still are.”

“EICC’s ability to respond quickly and effectively to our training needs has been invaluable during our start-up stage,” Sterilite Plant Manager Richard Klim said.

One of the many ways EICC has supported the company is by offering to house a smaller version of their high-tech Plastics Injection Machine in the Blong Technology Center and organize a training schedule for employees.

“It was definitely out of the box, which made it more exciting,” Brattvet said. “It was a great relationship builder immediately.”

The relationship between EICC and Sterilite has remained strong even following the opening of the plant, which has been operating for three months. Among the training provided at the Blong Technology Center, EICC has also administered safety, forklift, and drug and alcohol supervisor training.

Brattvet said helping local businesses by empowering employees is what EICC’s Business and Industry Training Solutions team does. And this is just the start of their partnership with Sterilite. In an ever changing industrial landscape, training needs will be ongoing and Brattvet hopes to expand offerings. EICC also works closely with dozens of other local companies, including John Deere, HNI, Kraft, Nestle and Arconic.

“We pride ourselves on identifying the needs of local businesses and using every resource possible to find solutions to those needs. It’s a relief to them. If they have a training request, they can really just hit forward to us and we can take it away from there,” he said.

In total, the Business and Industry Training Solutions team provides services to 250 or more local businesses per year. For more information on how EICC can meet your company’s training needs, contact Economic Development Director, Jim Brattvet, by calling 563-336-3316 or by sending an email to jbrattvet@eicc.edu.

The Sterilite training program is housed at Eastern Iowa Community Colleges’ Blong Technology Center. We have a number of programs available for those interested in starting a new career at the BTC, as well as Clinton and Muscatine Community Colleges. 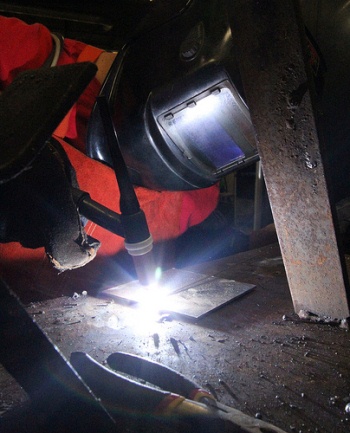 Among the programs in our manufacturing area are: