Even in the quietest of places, the world is still full of noise. The stroke of a keyboard, whistle of a bird, or soft pitter-patter of footsteps, are all sounds that make their way into our daily lives without so much as an afterthought.

Now imagine a place where those very sounds can mean the difference between life and death.

Anyone else shuddering at the thought?

This is the premise behind the Hollywood horror hit A Quiet Place, and an idea that originated right here in Iowa from the mind of Scott Community College graduate, Bryan Woods, and his childhood friend Scott Beck. Both men grew up in Bettendorf.

“A Quiet Place is something that my writing and directing partner and I had been working on for a long time,” Woods said.

“A kernel of the idea came to us in college. We thought of it as a modern day silent film that didn’t rely on dialogue to tell a story. Instead it would use visuals, sounds and performance.”

Released in April 2018, the film has grossed more than 300 million worldwide and follows the story of a family of four who must navigate life in silence after mysterious creatures who hunt by sound invade the planet. It stars Emily Blunt and her real life husband John Krasinski, who also directed. 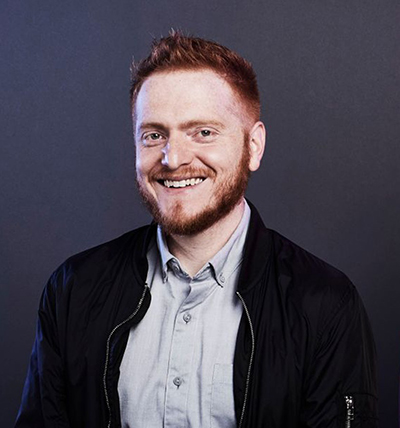 “We always really believed the idea had the potential to be the next big thing. It felt fresh and exciting, but every time we would pitch it to people their reaction made us think maybe this won’t work.”

Despite the feedback, the idea stayed with them and the two decided to finally put pen to paper and go for it. Within two to three months they had a finished script.

“We told our rep that if nobody wants to make this movie we will make it. Even if we only have $500,000, we will take it back to Iowa and figure it out.”

As it turns out, that was not necessary.

“Our reps put a call into Michael Bay’s company and he loved the movie, loved the vision and loved the script.”

Michael Bay is the filmmaker behind movies such as Armageddon, Pearl Harbor and the Transformers series. Woods said Bay’s company pitched the script to Paramount Pictures first (they are contracted to do so) and they bought it immediately.

“Everything came together very quickly which is rare and not usually our experience,” Woods said.

“I grew up watching his movies, so it was very surreal and a lot of fun. All I can say is that it was a really good experience. The studio supported the script and the vision for it and as soon as John and Emily came on board, because of their star power, we were able to protect the original idea.”

Woods and Beck also worked as executive producers on the film. He said the support he and Beck have received from the Quad City community has been a highlight.

“It’s so special. My favorite experience out of the whole process was coming home opening weekend and watching the movie at 53rd street cinema where I grew up watching movies and falling in love with the medium. The community has been so supportive and helped us so much.”

He said that has meant a lot, including the support he received as a student at Scott Community College.

“Some of my favorite teachers I have ever had are at Scott. They were really passionate and very intelligent.”

He recalls his English and film appreciation classes in particular.

“I was exposed to a lot of exciting work that inspired me and rounded out my education as an artist.”

In addition to working on this movie, Woods and Beck stay busy running their film production company Bluebox Films and are currently wrapping up post production on another horror film they wrote called Haunt.

Eli Roth, best known for producing movies like Cabin Fever and Hostel, is the producer of the picture. Woods and Beck directed. Paramount Pictures also recently announced plans to film a sequel to A Quiet Place.

For Woods and Beck, who started out as two kids with a passion for horror movies, it’s a dream come true.

“For it to have done so well is completely mind blowing,” Woods said. “I haven’t come close to completely processing it.”