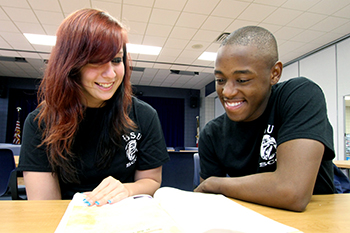 Scott Community College’s Black Student Union has been one of the more active campus organizations for a number of years. Each year the organization works to bring speakers to campus with the goal of helping to spread understanding and learning for all the college’s students.

This year will be no different. To celebrate Black History Month, the college’s Black Student Union is bringing “The People’s Pastor,” Rev. Dwight Ford, to campus for a special appearance on February 19. The public is invited to attend the event to be held from 12:30 – 1:30 p.m. in the college Student Life Center, 500 Belmont Road, Bettendorf. 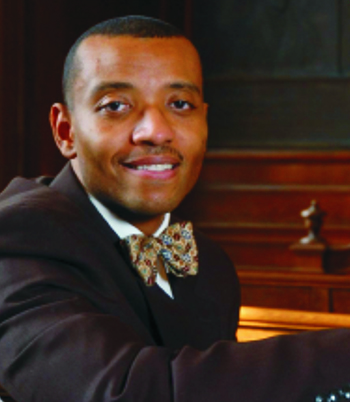 Rev. Ford is an innovative leader, author, thought-provoker, and public theologian. He is known for his commitment to vulnerable populations and impoverished communities.

Rev. Ford holds a Bachelor of Arts degree from Western Illinois University, with a concentration in Business Management and Leadership. He also holds the Master of Divinity degree from Harvard University in Cambridge, MA, where his research centered on the Greek New Testament, Public Theology of the Civil Rights Era (1954-1968), Community Economic Development and the agency of the African American Church.

In his most recent positions, Rev. Ford served as the Executive Director of Eastern Nebraska Community Action Partnership in Omaha, NE, and The Martin Luther King Jr. Community Center in Rock Island.

Rev. Ford is an ordained Baptist minister of the National Baptist Convention, USA, Inc., and has served in pastoral ministry for more than 23 years. He is the founder and pastor of Grace City Church in Moline, Illinois.

When he is not in his regular role in the pulpit of Grace City, he can be found traveling throughout the United States as a minister of the Gospel and public speaker to churches, colleges and community organizations.

Rev. Ford’s appearance is part of Scott Community College’s Black History Month observances. His presentation will draw on his studies on the Civil Rights Era as well as personal experiences.