Go to Black. That ’s a phrase one might hear at the conclusion of a scene in a film or theatre production. But it takes a much different meaning at Muscatine and Scott Community Colleges with both recently introducing new black box theaters. Black box theaters are popular on many college campuses thanks to the great versatility they allow directors in staging a production. The theaters are large square rooms with flat floors and black walls, hence the name, black box. 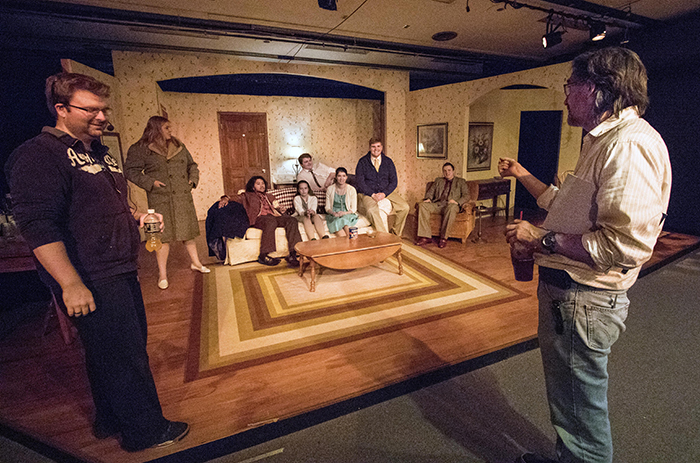 The unique design allows directors to set their imaginations loose. Plays can be staged in the round with the audience on all four sides, in a traditional setting with the stage on one end, or with a thrust stage where the stage extends into the theatre and the audience is seated on three sides.

Muscatine and Scott Community Colleges present a number of student productions each academic year. Both just closed their most recent shows. Muscatine presented The Uninvited and Scott held Almost Maine.

In addition to its theatre program, Muscatine’s musical department provides choir and jazz choir opportunities for its students. This past year, the college introduced new scholarships specifically for students enrolling in the theatre and music programs. Graduating high school seniors are invited to participate in open auditions for those scholarships later in the spring semester. For more information call the college at 563-288-6007.